If you’ve been keeping up with this article series, you’re now familiar with the basic mechanics of getting into Navy Flight School, working your way through the syllabus and what your first tour in the Fleet is going to look like. If I’m totally honest, few people pursuing this path give too much thought to what’s beyond getting to the Fleet and flying your platform operationally. And it’s certainly not a bad thing to keep focused on what’s right in front of you as you grind through the process, as it’s common that five-to-seven years will elapse between getting your commission and obtaining a tactical qualification that marks you as vaguely useful to the USN or USMC. That’s a long, hard stretch that’s best consumed in day-sized bites.

So you’re in the majority if you’ve spent very-little time considering what lies beyond. In the spirit of BogiDope, however, I’m here to make you smart on what comes after and give you a few nuggets of wisdom to consider for the long game. 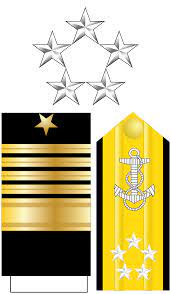 Generally speaking, the Navy has a very fixed path they want folks on. The Navy is obsessed with the idea of making command and advanced-rank competitive, so they want to push everyone to do everything so they will all be able to compete for the job of Chief of Naval Operations. On a quick side note – if you don’t actually want to be an admiral and/or command the entire fleet, you’re best served not admitting this right away.

At any rate, the path for junior aviators is all laid out for you: you’ll spend two-to-four years in training, then do a three-year tour as a junior officer in your platform. Afterwards, most pilots will head to a three-year shore-duty job as a ‘production’ tour, i.e. as an instructor in some capacity. These jobs range from basic flight school all the way through the FRS squadrons and the Navy’s graduate schools for combat aviation at the Naval Aviation Warfighting Development Center (NAWDC) in Fallon, NV – which has at least one relatively famous subunit known as TOPGUN (all caps, no spaces).

After three years as an instructor, the Navy has a little timing-buffer while they await the results of the 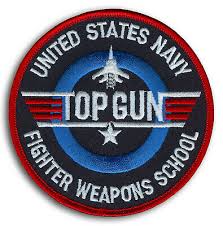 promotion board to O-4. Ideally, they’ll send you back to the fleet in a slightly non-traditional role which we call the ‘disassociated sea tour’ where you’ll do something slightly different, or back to a squadron to serve as a tactics instructor if you’re a graduate of a weapons school. If your timing is ‘early’ (i.e. you were fast in the training pipeline), you may have a chance to go get a master’s degree; if you are late, you might be headed straight back to the Fleet as a department head. After this, the Navy has more firm paths to keep you on to make sure you’re eligible for squadron command.

If you are reading this carefully, you might realize that each one of these new jobs comes 18-36 months after the last one, mostly involving “sea” (or deployable) duty and may involve cross-country moves. This may not sound great to you depending on your family situation. The Navy hasn’t quite caught up with the times, and the force-structure for aviators still generally assumes each officer that chooses to have a family comes equipped with a dedicated, obedient, non-working spouse to organize everything in your life and periodically move your entire family cross-country while you’re working long hours or gone at sea from time-to-time. Don’t take this the wrong way—it’s entirely possible to be a hardworking Navy or Marine pilot and still have a spouse with a career and a passel of happy kids. Do not, however, imagine this is easy to pull off. It will go much better for you if you’re aware of, and actively managing, the challenges—and make sure anyone that’s looking to tag along for the ride has some idea what the ride actually looks like. Please. For their sake and for yours.

Right around the time you finish up your production tour, you will likely be approaching the end of your first service commitment. Currently, service obligations are six years for NFOs, eight years for jet pilots and seven for all other pilots, starting at the date of your winging. In other words, you’re likely to be ten-to-twelve years deep before you even get a choice to get out. This decision point can be tough, so you need to make sure you’re well-educated about your options.

What’s right for each individual varies as much as the individuals themselves. The important thing is that you research your options so that, when you’re put to a decision, you’ve got an idea of where you’re looking to go. It’s never a bad thing to keep your options open, but most of the paths in the Navy have fairly strict on- and off-ramps so that, at some point, you’ll need to decide. If you take one thing away from all of this data, hear this: while you’re working your way through the standard path of Naval Aviation as a junior officer, make sure to take some time to talk career-paths with the people you meet along the way. And with your loved ones, as what they’re willing to do can be a key factor in your decision-making. These sources of practical knowledge will be your best references on current conditions and what options are really available. Investments made in knowledge are rarely bad ones!