All right, you’ve got your grand plans for commissioning and getting selected for aviation. You feel like you’re set and ready for takeoff. But first, there are a few hurdles you’ll need to clear.

So, what does the start of Navy flight school look like? In this article, I’ll walk you through the start of your journey, before the flying even begins, and mention a few land mines to avoid along the way.

The first thing I’ll address here, briefly, is one of the things that can be the biggest pain with regards to finalizing those orders to flight school: medical screening. This is a long topic that should be covered by someone whose expertise is medical (i.e. not me), but I’ll throw a couple of things out there as food for thought: 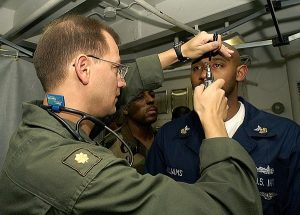 2)      The medical process’s function is to disqualify people right from the outset with minimum fuss. Don’t just take the first ‘no’ you hear. Investigate, get a second opinion, etc. And, finally, the golden rule: There’s a waiver for just about everything. The secret is to find the person who has the power to say yes, because nearly everyone in the process is empowered to say no. Find them, be nice to them, and complete any requests for information they have.

3)      Make sure you let your desire to fly be known with the medical professionals you’ll encounter if there’s anything that could be a concern. Sometimes this won’t matter, but sometimes it might. The medical world is a bit more ambiguous than its professionals will admit; if they know you’re gunning for something, they’ll be empowered to help you out.

4)      If you have mediocre vision, don’t panic. The Navy will do surgery on your eyeballs in many cases. Policy here changes from time-to-time; make sure you know the freshest instructions and policies. If you’re sufficiently cross-eyed that the Navy denies surgery, realize that Naval Flight Officers fly jets off carriers, too, and historically have much more relaxed vision requirements.

Presuming you pass the medical hurdles (typically late in your junior year for ROTC or USNA students), your first foray into Naval Aviation will be via the Introductory Flight Screening (IFS). IFS is a program that is going to put you in the cockpit of a light civil, like a Cessna 172, with civilian instructors for about 15 hours of instruction. The function of IFS is very simple: It is a cheap and fast way to weed people out that have no business being there. IFS isn’t particularly hard or even really scored; it’s more of a pass/fail type of thing. Because I just love bulletized lists, here’s a short list of ways you can fail at IFS and end your Navy flight career early:

1)      Bad attitude. Study the things you’re told to study and be humble. If you clown around and don’t know your stuff, they’ll send you packing.

2)      No aptitude. If you work hard, but it turns out you just can’t read maps or talk on the radio, it’s better for everyone to know this early. It happens. If you work through it, great, but some people just can’t. A trajectory change at this early point in an officer’s young-career is no real detriment to anyone.

3)      Physiological or psychological issues. If you get really airsick all the time when you fly….honestly, it’s not a showstopper. If you really want to press through, it will likely get better…eventually. It isn’t unknown for people to hurl just about every day for their first year or so of flight training, and if those folks can grind it out–respect. You may, however, discover this is not fun and suddenly decide driving subs sounds much better than it used to.  Some people also panic or freeze up when they’re in charge of an aircraft and life is whizzing by at several hundred miles per hour. Work through it if you can, but move on if you can’t. 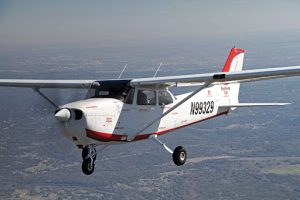 IFS has flexed a little from year-to-year, but you can expect to complete it either in your senior year of college, shortly after graduation, or just before starting the first formal phase of flight school. It typically takes place at a civilian flight school near Annapolis, Quantico, or Pensacola.

A common question is whether or not a prospective Naval Aviator should devote time and resources to obtaining civilian flight time to make their flight packet more competitive and/or maximize their odds of doing well in flight school. I wouldn’t emphasize this too much, personally. If you have loads of time and money, sure—it won’t hurt. However, the Navy is going to want to teach you their way, and one of the functions of IFS is to give everyone a little bit of exposure (on the Navy’s dime) and level the playing field a bit. If you want to fly on your own, do it. If you already have some credentials, you may get to skip IFS. But, in general, your time and money might be better spent preparing yourself academically and doing whatever needs to be done to put your life in good condition to allow yourself to focus when the going gets tough and the scores start counting. Speaking of which…

API, in beautiful Pensacola, FL, is where the journey formally starts for Naval Aviators. It is a roughly six-week course that serves as baseline of basic knowledge for aviators. It has a secondary function of weeding out a few more of the less-suited. In addition to the academics, the staff at API will throw you into the pool for some aviation-survival-related training. For most “Student Naval Aviators” (SNAs), Pensacola will be the first stop in a military career. Marines, however, can expect a few months at The Basic School in Quantico, VA to learn basic Marine-isms and infantry skills prior to reporting to API. Overall, API shouldn’t be the hardest phase of flight school by any means, but it can be a problem if you don’t take it seriously. You will probably get assigned to Pensacola and put into “A-pool” for some time before you actually start API and, depending on how the numbers are, this dead-time could range from weeks to several months. Sow your wild oats then, if you must, so that once it starts you are totally focused. And look! It’s time for another bulletized list of how not to screw it up!

1)      Don’t take the academics lightly. They’re not hard, generally, but they tend to feed and withdraw information in a very Navy way. There isn’t much room for creative expression; you will need to listen carefully to the (sometimes dry) lectures and study with your peers. The actual passing score depends on how the Navy’s doing on pilot numbers; it might be an 80…or it might be a 95.

2)      If you avoided all math and/or technical subjects all through college, that bill is going to come due here. It’s not that you can’t get through without an engineering degree by any means, but you will see math and physics, particularly in the Aerodynamics classes. Do yourself a favor and freshen yourself up on these matters in your senior year if you got a B.A. in Underwater Basketweaving.

3)      If you were an Aerospace Engineering major in college, throttle back, hoss. You know more than you need to. Give them what they ask for—don’t start drawing integrals on the board to prove how the overly-simplified multiple-choice question is wrong.

4)      Be warned: If you are the kind of person who barely studies and somehow manages to clear the bar, those habits are not going to work for you here. The course is too short to bomb tests and recover. Much of it is painful, boring, rote memorization and multiple-choice tests. You can’t talk your way into a passing score.

5)      If you panic when in water and weighed down with a bunch of gear on, this is a bad time to find that out. Get in the water before you go and improve your swimming skills if you already know you’re an ‘aqua rock’. Pool time should be a break when you’re at API.

6)       There’s a bunch of “gouge” out there (“Gouge” is slang for various good bits of information that range from the very useful to the slightly nefarious). Good gouge would be getting your buddy, who just graduated API, to give you his materials and notes to study before you start. Nefarious gouge is more like copies of the test. If you cheat, and the Navy finds out, you will be cooked, quickly and permanently. Don’t do it. Talk with your fellow students and find the good gouge, but study the material straight out of the books, too. As the saying goes: Live by the gouge, die by the gouge. Don’t reinvent the wheel when you don’t have to, but don’t bet your career on a stranger’s ideas of what’s important and what’s not.

Near the end of API, you’ll attend “API Christmas,” where you’ll receive your initial allotment of flight suits, jackets, helmet, etc. Take your obligatory selfies and pack your things, because with the ground business complete, you’ll have orders in hand to report to a flying unit to begin the fun part of the process. Which will be our topic next week! 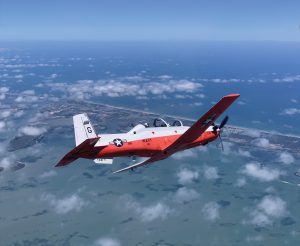