The Army is the only one of the Service Branches in the military of these United States that has pilots who are not O-Grade officers. In fact, the majority of pilots in the Army are not among the ranks of Regular Line Officers (RLOs). Most pilots are among the group of strange and mysterious creatures, seen so rarely elsewhere in the Army and the military as a whole, called Warrant Officers. They’ve got a commission just like the RLOs, but their purpose and job is completely different. Warrants’ purpose as soldiers is to be THE experts in their craft. A Logistics Warrant is the master of supply, an Artillery Warrant is the best reference-point for all things “arty,” even Special Forces ODAs have Team Warrants who are the undisputed experts in warfare and second-in-command of their teams. In Army Aviation, the Warrants are the backbone and the knowledge-base of everything to do with flight.

The role of an Officer in Army Aviation also takes a different shape than elsewhere in the Army. This is due, in part, to a different unit structuring than is to be found in other branches of the Army, but also to the requirements of the operation and maintenance of the myriad equipment that is VERY specific to Aviation. With that said, the basic tenets of officership (and leadership) are still the same as anywhere else, both in the military and out, and of utmost importance. This will be further addressed below. 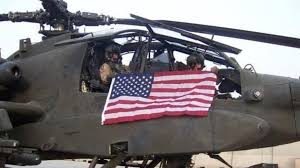 The simple fact of having Warrant aviators gives Army Aviation an entirely different face than the air wings of the other service branches. Furthermore, this divergence in rank of those who fly the Gold and Black skies opens the means and pathways whereby an aspiring aviator can climb in the front seat of an Army aircraft. The purpose of this article is to provide insight into the differences in the general life and career of an RLO versus a Warrant in Army Aviation and to help all interested parties in deciding what path they’d like to pursue as they break into that realm.

This article WILL NOT dive into the weeds of the different entryways to be taken in becoming either an O- or a W-. That topic is dense enough to require an article of its own, which will be forthcoming in the next few weeks. This one will focus simply on the differences in tasks and purposes of Officers and Warrants in Army Aviation.

An Officer and a Gentle-Person 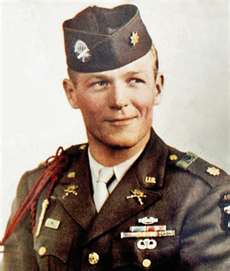 First-thing’s-first, an Army Officer is meant to lead soldiers. This isn’t a cracker barrel generalization that should indicate that officers are, in any way, better than other soldiers, smarter than other soldiers, more capable than other soldiers or anything resembling such notions. It means that individuals who commission as RLOs in the United States Army have volunteered for the obligation to do everything they can to ensure their soldiers are set up to succeed at their jobs. This, in turn, leads them to successfully accomplish any mission, whether in or out of combat. Conspicuously, there is no description or messaging in any Army or Department of Defense Doctrine stating that an Officer should be more concerned about the progression of their own career than they are about those whom they have been entrusted to lead. Career progression is not the job of an Army Officer. It’s a by-product of doing the actual job of an Army Officer: leading and taking care of soldiers. These truths apply regardless of which branch of the Army an officer enters, whether Infantry, Aviation or whatever.

Furthermore, the fact of Army Officers NOT being, in any way, better than their soldiers is manifested in the fact that they do not eat in separate areas, they don’t sleep in separate areas and, in fact, an officer will sleep in the dirt along with their soldiers when working a field problem – or in real combat – if the fight requires it. But an officer sleeps less and eats last. Again…remember the actual point of the job as stated above. Among the most widely-known exemplars of what an Army Officer should be (thanks, in large part, to the Band of Brothers series released by HBO at the beginning of the millennium) is Richard “Dick” Winters, pictured above. If you wish to become an Aviation Officer (see: Army Officer), just be sure to set your mind right for that for which you’re actually volunteering.

There, now I can step off of this soapbox…

Actually, the view is better up there…

Okay, so now we’re at an understanding of the fact that an Aviation Officer is, first and foremost, an Army Officer. And with what that means. Now, more specifically, it’s time to gain a very brief understanding of what an Aviation Officer does that is specific to aviation. I won’t dive deeply into the general career path of an aviation officer, rather, I’ll try and inform the aspiring of some things to which they should pay particular attention and of which they should be aware. 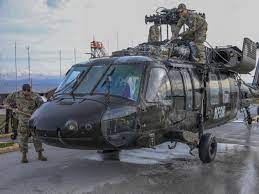 Likewise, an officer needs to have an equally good understanding of the standardizations (STANZ) program. This is the aviators’ Annual Training Program (ATP). Their semi-/annual requirements in the aircraft, in the simulator, in the classroom, and in the realm of aviation knowledge/general understanding. Ultimately, this program (like the maintenance program) belongs to the commander of the unit, which is, with few exceptions, an RLO.

The exact same can be said for the unit’s safety program, which is roughly the size of a humpback whale and as easy to digest, as well as the unit’s Training Program, of which the same could be said…. What you should be realizing as you read this is, ultimately, a commander, at whatever level (Company, Battalion, etc.) will own all of the policies and programs that operate within their unit. Luckily for these officers, they have their Warrant Officers to help/advise them with all programs related to flight (more to follow) and their Enlisted Personnel to help/advise them with aircraft maintenance, non-flight training, the unit Physical Fitness program, etc.

All of these programs, all of these policies, etc., lead back to the Aviation Officer ultimately doing what this section led off with: “everything they can to ensure their soldiers are set up to succeed at their jobs so as to successfully accomplish any mission, whether in or out of combat.”

Oh, and they fly, too. With the expectation that they’ll get good at it. If you’re joining the Army just to fly, this is not the route for you. However, as you’ll see, the Warrant route likely won’t be either.

The Experts of Flight

As stated in the introduction, Aviation Warrant Officers are the masters of their respective aircraft as well as their chosen tracks in Army Aviation (more on this momentarily). For the individual who wants to fly in the Army, and then fly more in the Army, followed by more Army flying, the path of the Warrant is the way to go. Don’t get me wrong, a young RLO in the Army can get a lot of flying in…but as they move into staff positions, take higher commands, etc., their flight time will almost inevitably decrease. A Warrant’s likely won’t. It’s the Warrants that retire from the Army with over 8,000 hours on the stick. Now, this generalization DOES find many exceptions, particularly among the ranks of Guardsmen/Reservists, where RLOs often get a good amount of flight time despite promotions and specific duty positions due to the flight programs, funding, and requirements that exist to ensure flight readiness among a largely part-time force. But, as a rule, Warrants will still outfly their O-grade counterparts. 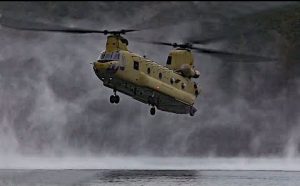 A large part of being a Flight Warrant is choosing a specialty track/functional area. These are areas/programs within Army Aviation into which Warrants (O’s, too, but the focus is Warrants) will dive deeper as part of their becoming the undisputed masters of their craft. In the coming weeks, there will be an article giving a more in-depth description of these four tracks, but a brief list will suffice to give insight into those tracks:

As stated in the section on RLOs, a given officer is required to have at least a base knowledge of all of these things, as, ultimately, all of these programs BELONG to the Commander. But the system has been established so that, by design, the Commander will have absolute experts to advise and educate them and the soldiers in their unit far beyond the scope of that base knowledge. This absolutely shouldn’t make a commander (or any RLO) feel justified in not gaining more than a base knowledge, but they may rest assured that whatever answer they don’t have about a given topic, they’ve got a Warrant Officer who can help them find the answer.

There exists a tongue-in-cheek belief among soldiers in the Army that Warrant Officers are also the ultimate and expert duty-dodgers and slackers. Their unique standing in the Army rank structure means that soldiers rarely fall directly under the purview of a Warrant and they are thus seen as being uniquely in a position to avoid work, responsibility, etc. This could not be further from the truth. There are certainly outliers, as is the case with any given group of people, who are unprofessional, lazy, or whatever, but the majority of Warrants are the ultimate professionals. They take the title of “Subject Matter Expert” seriously and strive to live up to it. Furthermore, their professionalism and passion mean that Warrant Officers are fantastic at cleaning up those among their ranks who are less so. 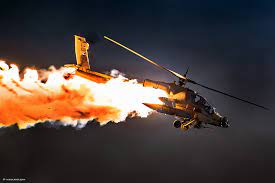 If being flight-focused is your calling, the path of the Warrant is likely for you. But be advised…it’s not just a “flying club.” You will be expected by your Commanders and by your fellow Warrants to work hard, to become an expert, and to excel.

I sincerely hope this article hasn’t come across, in any way, as crusty or hard-nosed. That is not my intent. My objective is to give all interested parties a realistic look at what being an Army Aviator entails. There are those, unfortunately, who have joined Army Aviation (particularly the Guard or Reserves, given the standard “part-time” conceptualization) thinking that they were getting into the aforementioned flying club. Or thinking that they were somehow graduating to “a higher plane” in the Army where the troubles and difficulties of being a soldier are decidedly fewer in number or entirely nonexistent. This isn’t the case. Army Aviation is still a part of the Army. Aviators are still soldiers, first and foremost. Far from reducing the number of challenges presented to average soldiers, being involved in the tactical and technical operation of the most advanced rotary-wing aircraft in the world adds a whole new slew of challenges and problems to the mix.

But it’s absolutely worth it. For the individual who is driven, passionate and hard-working, Army Aviation is unbelievably good medicine. There are many who have entered into Army Aviation, whether as RLOs or as Warrants, who have become disenchanted by the expectations and responsibilities for which they’ve unwittingly enlisted. But to the vast majority, those who entered knowing it wouldn’t be easy and welcoming the challenge, the smell of jet fuel, the thrill of landing on mountain tops, fighting fires, shooting from an aerial platform, and the relationships formed are all rewarding in a way that no other profession could possibly hope to match. 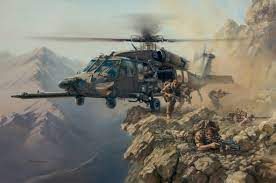 This to say that there really is no “bad option” here. The question to the individual is simply “what better matches my goals and personality? The Path of the RLO, or that of the Warrant?”