You’ve learned a lot about becoming an Army Aviator in the last couple of months. Though the last two weeks did focus on aspects of being a pilot post-flight school, the focus was still “becoming.” But I’d wager there are a fair amount of readers wondering what it all actually leads to.

In order to answer this question, it’s fair to first give you a short rundown on what to expect when you finally arrive at your receiving unit. The truth is, attempting to spell it out in definite-terms is difficult (read: impossible). The variances in experience are wide-ranging and entirely dependent upon the state of the receiving unit. This being said, I can at least give you some notion of what to expect upon your arrival. The key component to thrive once you arrive, in every case, is that you remain flexible.

Something that absolutely every single Army pilot should do, however, is to contact anyone they can from their receiving unit. This is INCREDIBLY easy to do for pilots in a reserve component, as they almost always already know people in their unit. After all, their unit specifically selected them for and sent them to flight school. For the Active Duty-types, it can be slightly more difficult. However, in many cases, a member of your receiving unit will reach out while you’re still at Rucker. If you never get such a call/email, find the contact information for anyone you can at your receiving unit and start reaching out.

With those important administrative notes out of the way, let’s dig in!

Regardless of whether an individual is on Active Duty or in a reserve component, the following generalities apply:

Upon graduation from Flight School (and completion of any follow-on courses one might land) the young, enterprising Army Pilot will be given time and money to move. In military speak, it’s called a “Permanent Change of Station” (PCS). You already had to complete one when you moved to Ft. Rucker. Anyone intent on flying Active Duty will become intimately familiar with this process. You’ll be doing it every 3-4 years (although the Army is currently attempting to implement changes to make it less-often, if desired. Fingers crossed…).

I won’t dive too deeply into PCSes, as it’s a confusing and smoky topic for which one can find information on myriad federal websites/databases. But be advised…the time to contact your receiving unit is NOT in the middle of a PCS. That would be the equivalent of making an important, incredibly-informational phone call while holding your breath underwater and working on a Calculus exam. In short, it would be uncomfortable. And you’d miss something. Don’t do that to yourself.

But there’s a chance that you show up and there are no slots available for you in a line company. You may end up in a maintenance company, in a staff job or even in a support company. And instead of flying the missions, you’ll be supporting them. You’ll still fly! Just…not as much, and certainly not as much during training exercises. If this happens to you, DO NOT become bitter/lose motivation and squander the opportunity to learn and excel in something that’s entirely different from what you’ve been learning. The experience gained in any one of these jobs will absolutely pay dividends once you move to a line company and further along in your career. So take advantage.

There’s also a chance that, upon first arriving at your unit, you won’t be able to start flying for a while. This could be because your unit is either deployed or recently-returned from deployment, meaning no aircraft are available. It could be because the unit’s participating in a major exercise, so you simply can’t be the focus until the exercise is complete. It could be that there’s a training logjam because so many fresh-aviators are reporting from Flight School in short order.

Whatever the reason, many-a-new pilot has, again, taken such circumstance as permission to be bitter or upset. And then, when the bell finally does ring, they’re un-studied, unknown by anyone in the unit (except, maybe, as a bitter newbie) and, ultimately, unprepared. It’s not a promising beginning.

So as I led-off with, be flexible. And see every potentiality as an opportunity to learn. Actively seek-out duties/details that will enable you to try something new, meet new people and get to know some facet of how Army Aviation and the Army as a whole work. Be hungry. And don’t ever, EVER stop studying aircraft and aviation knowledge.

And then, whether it takes a year, or it begins the moment the soldier arrives at their unit, all of these pilots’ main focus will become Readiness Level (RL) Progression. This is the training regimen that an aviator undergoes with their unit to become a mission-capable pilot. New pilots begin at RL 3, meaning they can only fly with Instructor Pilots and they have to prove a proficiency at base maneuvers. Once they’ve done this, they advance to RL 2, at which point they can begin more advanced maneuvers and learning/practicing real-world mission-sets. Once they’ve proven proficiency in these things, they are RL 1, which means they can fly with Pilots in Command and are not limited in what exercises/training they can take part in. Don’t get me wrong…there will be a lot of other things that are important to learn. But RL Progression, for a new pilot, has to take priority so that they can start doing actual training missions and working towards evolving from a new pilot to a good pilot.

Some specifics for those on Active Duty:

As I’ve stated before, the Active Duty route means that you will have no idea where you’re headed after Flight School until you’re almost done with it. In most cases, student pilots on Active Duty will discover what their first duty station will be sometime during Advanced Airframe. For some people, the day they learn where they’ll be reporting is a triumphant, euphoric day. For others, it’s…frankly, devastating. When the menu contains bases in Germany, Korea, Hawaii, Alaska and about everywhere in between, there are some exciting options…and some less-exciting options. Be prepared for every possibility. 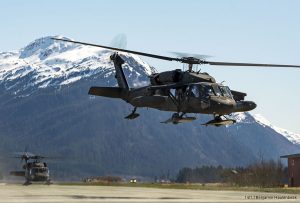 The aircraft one is flying narrows the field of options – pilots flying the C-12 only have a few bases where they could be assigned, for instance. While Blackhawks pilots can literally land at any and every base the Army owns. Even some it doesn’t. And what determines where one goes? A point to whomever raised their hand and said “NEEDS OF THE ARMY” first. You got it.

When you first arrive at your unit, there’s a chance that you could get thrown into a duty or detail for a few months. This could be because, as stated above regarding aircraft availability, your receiving unit is currently deployed somewhere. It could be because there are simply no slots available for a few months until someone PCSes or leaves the Army. It could be some combination of 800 different reasons. Either way, again, make sure to take advantage of the opportunities that such a circumstance presents. To include the opportunity to continue settling-in and getting to know your new home.

This transition is seems, on the surface, much less stressful than the Active Duty transition. But, for entirely different reasons, it is not. Yes, these pilots are moving BACK TO someplace with which they’re almost always very familiar. There was no mystery as to where the road leads following Flight School, what unit they’d be a part of, etc. And, often, there is a familial cushion to which the soldier is returning. All of these things can be incredibly advantageous.

But now the individual is no longer on Uncle Sam’s payroll. After the comforts of a regular, very decent paycheck, some individuals now have to find a job. Or potentially return to a civilian job that doesn’t pay nearly as well. Or, even if they have a job with a solid paycheck, they now have to figure out how to manage being an Army Aviator in conjunction with that job. Because it’s no longer the good ol’ fashioned “one-weekend-a-month, two-weeks in the Summer” deal that most people think the Guard/Reserves are. There are flight minimums to meet, aircraft and night-flying currency to maintain, oh, and where does one fit in all of that studying that’s so important? Plus the RL Progression described above! 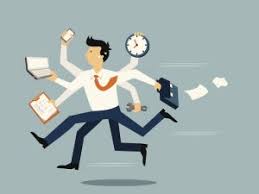 To alleviate at least some of this burden, many units will try to put new pilots on orders for a period (often 30-90 days) to complete their RL Progression in a concentrated, uninterrupted manner. But to be able to do so depends on funding availability, which can sometimes be a rub. HOPEFULLY you’ll have already gathered, prior to moving back from Alabama, whether such funding will be available so that you can start planning. And if no one from your unit has mentioned it to you, make sure to ask.

Regardless of the availability of orders, transitioning to part-time piloting (with the same minimums and requirements as the full-timers) and full-time any-other-job-ing is intimidating. But if you elected to go down this path, you hopefully have no illusions about the fact that it will be difficult. And, what’s more, you have to know that it’s doable. The majority of the pilots in your unit are doing it. So talk to them. Ask for tips, tricks, advice, words of wisdom, etc. And, eventually, you’ll figure out how to make it work for you.

So now you have some image of what comes immediately after Flight School. Next week, I’ll briefly discuss what “a day in the life” looks like for both RLOs and WOs. And with that, your introduction to Army Aviation will be complete.

If you have questions, concerns or comments before then (or anytime), please feel free to reach out via email or on any one of our social media platforms (Instagram @BogiDope, BogiDope Facebook group, LinkedIn, etc.). We have an ever-growing network of coaches and mentors with a vast range of experience who are happy to help in any way they can.