Once you get those Wings of Gold after what can be two-to-three years of continuous training, it’s time to go do the nation’s business for real, right? Well….no. Wrong. You’ve got at least several months of formal schooling ahead, followed by another one-to-two years of informal school before you’re actually useful. Consider yourself warned: you need patience to get through this whole thing, and if you don’t do well putting on a humble ‘student’ face, you need to do some attitude adjustment before you dive into the pipeline. Your next set of orders after Flight School will be to take those shiny-new wings and head to the Fleet Replacement Squadron (FRS) in the type of aircraft you’ve been assigned to “get your learn on.” Again. As an administrative note: while this process is broadly similar across both the Navy and Marines, this article will be Navy-centric and the Marine differences will be highlighted later.

The good news is, once those wings are on your chest, you are at least a little more valuable to the Navy as a whole. Students in the FRS (sometimes referred to as the RAG, or “Replacement Air Group”, which harkens back to the days of the unit’s function 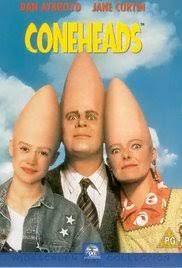 being to replace combat losses) are still unavoidably students. But “coneheads,” or “cones,” as FRS students are sometimes known, are no longer entirely faceless. I recall seeing a sign posted as a reminder in the scheduling shop of my FRS unit: “Remember, cones are people too.” You will see no such reminders before you get those wings. The FRS may even grant you a Friday off if you are trying to take the weekend to get married, for example. Before heady thoughts of three-day marital weekends start making you feel too much love from the system, recall that you’ll be wearing a flight suit and those wings are sewn on a Velcro patch. This is by design: it is not too hard to remove Velcro patches. Stay on your game.

The FRS, like other flight schools, starts with the basics: aircraft ground school & systems, simulators for emergency procedures and a few familiarization flights. Soon enough, regardless of your platform, you’ll be diving into tactics and reading a lot to make sure you know your crap. The information tends to come at you like a firehose, and you’ll be expected to drink up. You will not have time to master the first skill before you’re handed a second. This is okay; the Navy has done this before, and they’ve figured out which skills you’ll get better at with time. Go back and look at your notes for an early-phase flight later in the phase when you’re feeling overwhelmed; you’ll see that stuff you were sweating ten flights ago has already become second nature. At this stage, in platforms with both pilots and NFOs, the students are combined again. Sometimes you’ll fly with instructors, and sometimes you’ll have to work through the flight’s problems with fellow students.

And now, for the obligatory “Attitude” section. . . it’s huge. Still. Always. A good attitude will make people want to help you. A bad attitude will make people want to watch you fail. You will need help at some point from everyone: daily from your instructors and often from your classmates as well. It’s just too much data to absorb on your own. Do not make yourself the subject of discussion when the instructors get together around the ready room table! All of the instructors are fresh out of the fleet and have close ties to their fleet units. It’s not an exaggeration at all to say that your reputation as a good officer/aircrew begins the day you check in to the FRS. As you near graduation, unit commanders will be in frequent contact with their ‘moles’ inside the FRS, asking about which cones have ‘it’ and which cones are hazards to themselves in the aircraft. These communities are very, very small. Your professional reputation is built every day in the FRS. 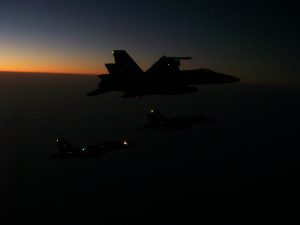 Tactical jet and E-2 pilots will finish up their tour with another trip to the aircraft carrier. This time, loaded with confidence from their experience in the VTs, the daytime traps will probably be far more enjoyable. This joy will be sucked out of you and replaced with abject terror when they make you do it in the dark. Advances in technology have made this process far more automatic and less frighteningly manual than it has been in the past in some platorms, but it is still something to throw your aircraft at 135kts at a moving ship in the dark. Don’t get in your own head too much about it. Focus on the moment, land the aircraft, then forget the moment as soon as it’s over so you can focus on doing it again. This kind of compartmentalization is a key to be mastered for your future career.

Upon graduation from the FRS, you’ll be ‘patched’ to a Fleet squadron and will meet that unit wherever it is. The unit could be in a maintenance downtime phase, with few flying aircraft, or it could be downrange dropping bombs the day you get there. You theoretically have the knowledge to plunge right in at this point, but don’t get cocky; in practice, it takes another year or two before you have the chops to administer useful service to the country in your new platform.

Some communities are more intense about callsign culture than others, but it’s still a worthy topic of conversation as it points to a key component of fleet Naval Aviation culture. A callsign is a nickname, and many Navy pilots are forever known by them, almost to the point where people you’ve deployed with may not know your actual name. The primary function of having 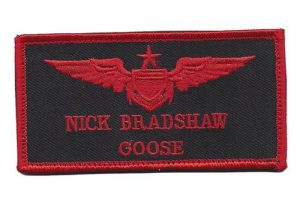 everyone known by callsigns (the French call it your “Nom de guerre,” or “War name,” which I like) is to remove rank from the cockpit. Yes, you will call your commanding officer ‘sir’ or ‘ma’am’ a lot, but not much in the cockpit. Things are moving too fast for rank to interfere with the right answer to a problem, and callsigns help break down the rank structure in a place where it is not always helpful. Unlike the Air Force, where your callsign is typically cool, the Navy callsign culture is to use your nickname as an axe to chop down your ego. Ready room culture is all about banter, which is both a bit of fun and a way to apply subtle corrections to people. It is not a great place for the overly sensitive, and a bit of thick skin is in order in a Navy squadron. Pro tip: if you really don’t like your nickname, pretend to like it a lot; they’ll probably change it for that reason alone.

Freshly patched Navy pilots and NFOs head to the Fleet for what is commonly referred to as the “J.O.” (junior officer) tour. This tour is the foundation for the rest of your career and typically the most revered. As a ‘nugget’, you will be stressed by the responsibilities that get thrown at you, but the vast majority of these problems are in the aircraft. Older aircrew have to deal with a lot more paperwork than you do. Enjoy it when you can!

There are various qualifications that are available to you as you hit the Fleet. You’ll be expected to progress along a tactical syllabus. Helicopter and tactical jet aircrew will work with increasingly large numbers of aircraft. All platforms will expect increasing mastery of complicated, dynamic and technically-specific tactical execution. A typical JO tour is 36 months and may involve one or multiple deployments, depending on operational tempo and timing. You will enter into it much like flight school – that is, ears open and mouth firmly shut; by the time you finish, you’ll be mentoring the nuggets. This is an exceptionally busy time in your career, and it is not easy to integrate what the Navy would regard as distracting additional stressors like getting married and having children, but it can be done.

You’ll also go through a series of ground jobs, which are additional duties you’ll be expected to handle while simultaneously 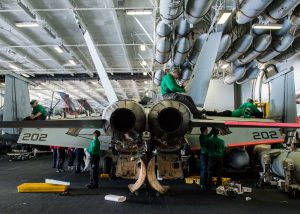 keeping on top of your flying duties. Some of these jobs will include leading squadron junior Sailors, including the maintainers working on your aircraft. You are not expected to become a maintenance expert, and please don’t kid yourself and think you’re there to tell your two-decades-of-service Chief Petty Officer how to run their shop, but you can’t be in charge of those who change aircraft tires if you’ve never even seen your shop change a tire and don’t know what instructions they reference. You’re there to learn from your senior enlisted Sailors so that you’ll have some idea how things work later on in your career when you have more responsibility.

The rule of thumb as a Navy JO is that there are three areas on which you are judged: Your abilities in the aircraft, your abilities in your ground job and your social act as a ‘good guy/gal’ and facilitator of squadron cohesion. Do two out of three well and you’ll be fine. . . so long as one of those is to be good in the aircraft. In other words, if your paperwork skills are mediocre, you’d better be leading the charge setting up the squadron social activities and dismantling cliques; conversely, if your social life revolves around changing diapers, you’d be best served to slay it at your ground job.

Timing in general is something a lot of your career from this point forward will depend on. It is something you don’t have
much ability to affect, but make sure you know all the details before you write something off as ‘fate’ due to timing. Top performance ranking paperwork is typically handed out near the end of an officer’s tour, either during the annual report cycle (January for JOs) or during a unit commander’s change of command, so the timing of your departure and that of your closest contemporaries has tremendous implications in the paperwork shuffle. Similarly, tactical qualifications may not be available to you if you’re too junior when the assets are available or too close to rotation to make the expensively-obtained qual worth the unit’s effort if you won’t even make that unit’s next deployment. You can’t worry too much about it, but you need to be aware of it. If the system believes you have serious potential, they will figure out a way to fix glitches in your timing that aren’t your fault, and the skipper has tools available you’re not aware of, presuming you’ve earned it with your performance. 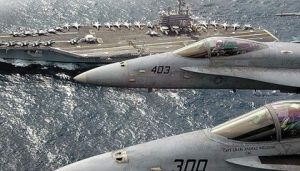 While it is a long grind from the start to the finish of the training process, by the time the process is over, you’ll have earned the right to be proud of what you have accomplished. Take it one day at a time when it seems overwhelming and learn the day’s lessons well. You’ll find, in the end, that you’ve got a diverse collection of skills to call on to solve the challenging and interesting problems Naval Aviation careers throw at you. In our next article, we’ll briefly touch on the highlights of the early-to-middle parts of a Naval Aviation career to round out your picture of what you can expect before you dive in.