Thanks to my military flying background, I have a lot of pilot friends who either have flown mostly turboprops, or mostly single-engine aircraft. I also know a fair number of helicopter pilots. I get a lot of concerned questions from these pilots. They worry that a major airline won’t recognize their experience and that they’ll be stuck flying single-engine aircraft (or herks or helos) forever, with no chance of making it to the big leagues. I think we as pilots allow these fears to grow way out of proportion. I believe that you should not worry if most of your flight hours fall into one of these categories.

I wrote a separate post for turboprop pilots here, but I feel like single-engine flying deserves its own discussion. (I think most of this applies to rotorcraft pilots too, but we’ll lump you in with “single-engine” pilots because you’re used to being treated like red-headed step-children anyway, right?) 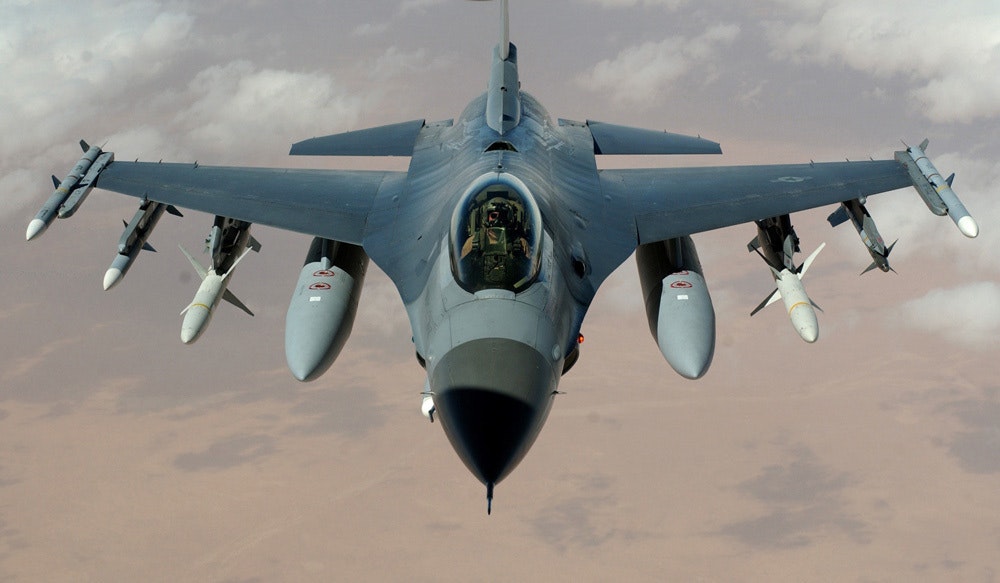 The problem with pilots is that we think pretty highly of ourselves. (Admit it: you know, objectively, that you’re a better pilot than me…just like I know, objectively, that I’m a better pilot than you…even if we’ve never met.) This mentality leads us to a trap where we think that the type of flying we do is the best, most fun, most important type of flying around…and the assumption that no type of flying could ever be as good. I’ve seen this from fighter pilots, tanker pilots, and Cessna pilots. I think they’re all morons.

My two all-time favorite flights were: flying a 2-ship of T-38s low-level through the mountains of Big Bend National Park at 360 KGS, and thermalling a single-seat, open-cockpit glider over the plains of Mankato, Minnesota one summer afternoon. They’re vastly different types of flying that may or may not fit your current definition of fun and interesting. I assure you though, they were both awesome. 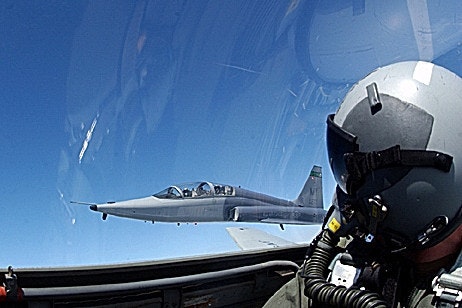 I’ve landed on water. I’ve landed on a grass strip on a Texas ranch with a telephone wire cutting across the middle and more bumps than the roads of lower Manhattan. I’ve flown a B-1 at 500’ AGL, 600 KGS, at night, on NVGs, in fog/clouds/rain, through the mountains of Utah, dropping strings of 500 pound MK-82 AIR HDs. I’ve flown a 60 year-old C-170A in loose formation with a Scottish Aviation Bulldog along the Emerald Coast of Florida with the sun setting over my shoulder. Each of those flights was awesome. Each was valuable and meaningful in its own way.

No matter what your airline’s official policy may be, I guarantee you that there are people there (possibly on your hiring board) who understand this point.

In my experience, most people who discount the value of “other” types of flying either have never tried that type of flying, or only had a brief and unpleasant experience with it. I actually know pilots who have never flown anything except multi-engine turbojets. I know many pilots who have never flown a piston aircraft except for DA-20s, in the summer, in Pueblo, CO, in a rushed program, under a lot of pressure. From our comfy quarterback armchairs, it’s easy for us to see why it’d be foolish to judge one type of flying or another based on that little experience.

Unfortunately, it still happens. No matter how open-minded the hiring team at your desired airline might be, they are vulnerable to these shortcomings. They have tens of thousands of hours flying multi-engine turbofans, so they value that kind of flying the most in an application. Worse, they’re forced to deal with insurance companies and corporate bean-counters who don’t understand aviation nearly as well as they should. Don’t despair though! There is enough sanity in our industry for hiring boards to realize that there’s more to flying than just the type of aircraft. I’ve had the opportunity to listen to some of the pilot leadership at my airline talk about hiring and I feel like they’re particularly astute here. They explained, emphatically, how they value a pilot force with a variety of experience. They recognize that a fighter pilot has a very different set of experiences than a C-17 pilot…and that both have very different experiences than a high- time regional airline pilot or a CH-46 pilot. They realize that the company is better off having ALL that experience. They want diversity, not as a meaningless military or political buzzword, but because it actually endows the company with a wider variety of useful experience. This means that they are probably interested in you…no matter what your background is.

So, where does this leave us?

First, if you fly single-engine fighters or the U-2, stop obsessing over your single-engine time and move on with your life! You get extra credit for having this type of background. This may not be fair, and I suspect it’s based more on a vicarious/jealous view of that kind of flying than anything else, but it’s true. Flying these aircraft is pretty much just as valuable on an airline application as flying a 4-engined heavy like the C-5. 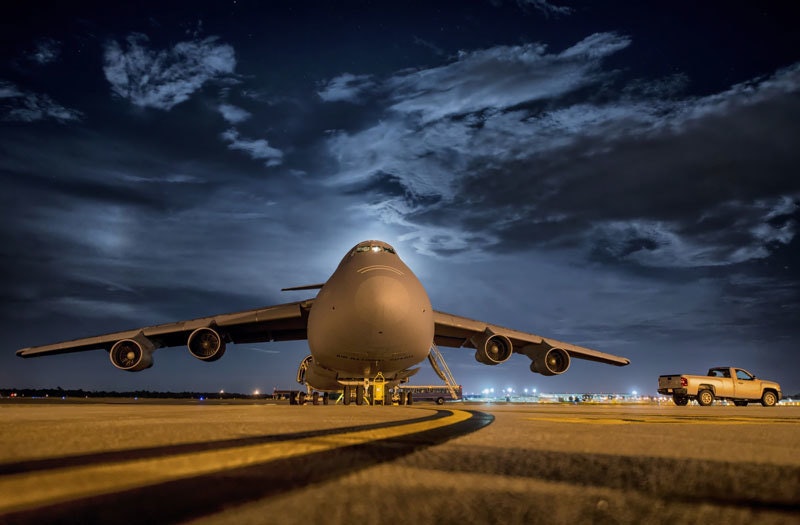 Second, if you did/do a lot of teaching a lot in the T-34/T- 6/T-45 I feel like you also shouldn’t be sweating so much. Your airline’s hiring board realizes what type of flying you do. They know how demanding it is. They value your experience as an instructor, and your stick-and- rudder skills. You might be surprised to find out how many former FAIPs and UPT IPs work at airlines right now. If you have one on your interview panel, you will be thanking your lucky stars.

There are some other single-engine assets and helicopters that may not be as highly regarded by an airline hiring board, but that doesn’t mean they’re incapable of valuing your experience. If you land helicopters on postage stamps bobbing around on the ocean, you’ll score some bonus points. If you have a lot of experience flying in adverse conditions or locales more exotic than Birmingham, AL, you’ll also get some recognition.

I only got 900 hours of multi-engine flying in the military, yet I went directly to my 1st choice major airline. If you’re in that boat, here are some of my recommendations. (This may sound familiar if you read my post about turboprop hours.)

You need to do a lot of flying. If your airline requires a minimum of 1000 “turbine” hours and you can only put up 1001 hours in a single-engine turbine, you’re cutting things close. I’d aim to at least double that minimum, at the very least.

There are a lot of ways to increase the “quality” of your single-engine flying from an airline application perspective. Pilot in Command time is always better than SIC, Dual, or Other time. If I was worried about only having single-engine time, my goal would be to meet the airline’s minimum for “turbine” time in my “PIC turbine” column. Instructor and evaluator time are even better. Time spent flying internationally and in night or instrument conditions will always be better than flying around the flagpole in sunshine. You should also make sure that you pursue every type of advanced qualification available for your particular aircraft.

Ideally, someone looking at your application will have sufficient diversity of knowledge to recognize the value of what you’ve done. Even if they don’t, this quality of experience will be valuable when you get to your interview. You’ll be begging the “bad cop” interviewer to ask, “Wow, almost all your time is single-engine. Are you even ready to handle a big twin jet?” You’ll be able to smile broadly and launch into an explanation of exactly how valuable all those single- engine ours are for his or her airline. Booya.

No matter what, I recommend that you apply to every airline that meets your criteria as soon as you’re eligible for hiring. I got hired with what is probably well below-average multi-engine time. I hope you can too!

In some cases though, even this quality and quantity may not be enough. You may still need to go out and find some multi-engine time. If you’re still in the military with time for another assignment, you could consider asking to teach T-44s, T-1s, or T-38s at pilot training. You could also try to get into a special/DV unit flying C-21s, Gulfstreams, Boeings, or the BACN.

If you don’t have the time or opportunity to get this done on active duty, you should at least look into Guard and Reserve units near (or commutable from) your dream location. From my perspective, these units tend to be a lot more fun and flying-focused than your average AD unit. They’re a longer-term commitment and they’ll probably involve some deploying, but it may be a great way to get your multi-engine hours.

In most cases, I still feel like the regional airlines are one of the best ways to get a lot of valuable, multi-engine turbofan hours in a relatively short period of time. The bare minimum reasonable annual compensation for a regional airline pilot is $55K/yr and many are paying much more. Several companies have programs designed specifically for helo pilots, and the companies astute enough to offer such programs are usually the ones intelligent enough to pay well. Aside from paying well, spending some time at a regional can offer some significant career advantages. I assert that in most cases it will get you more hours for less work and in less time than joining a Guard/Reserve unit. (You can read my thoughts on the Regional Airline Touch-and-Go in the Summer 2017 issue of TPNQ.) 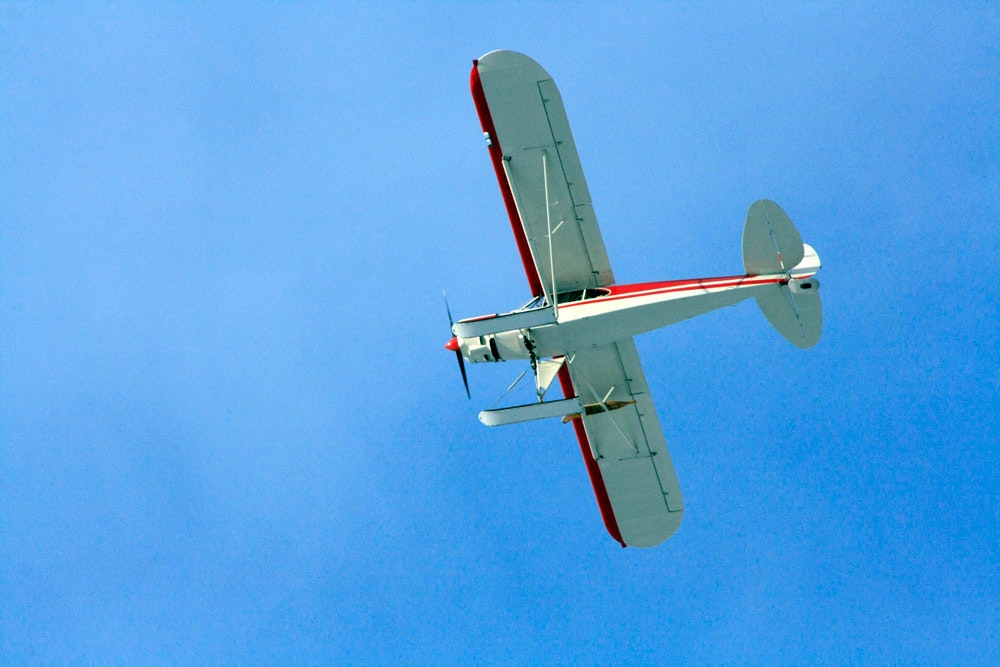 Thanks to everyone’s least favorite lady, TAMI, I also know a lot of RPA pilots who have hopes of getting back into flying and working toward an airline job. I have high hopes for them because the realities of today’s pilot market are finally giving them good opportunities. The regional airlines are hurting badly enough that they’ll take fairly rusty pilots and get them back up to speed. As long as you have enough hours for a Restricted ATP, you should be able to get to a regional airline. You may need to spend some money to get recurrent on your own, but it’s absolutely worth doing if this is the career path you want! Once you’re there it should still only be a few years at most before you have enough hours to compete at the majors. Your military, educational, and leadership experience will score points on your application and your regional flying should put you on-par with everyone else. In the meantime, you’ll be making a decent living and enjoying aviation again. Worst case, you can bolster your income with some part-time RPA work at a Guard or Reserve unit. I hear more cases of this working out all the time.

So, are you screwed if most of your flight time has been spent flying helos or single-engine aircraft? No! Make sure you fly as much as possible. Pursue quality flying and other career experience to give you points on your application. Be the best possible professional pilot wherever you can be and it will pay off. I’m evidence of it. I can point to several friends who give further evidence.

Hopefully, I’ll be able to point to you soon as well.