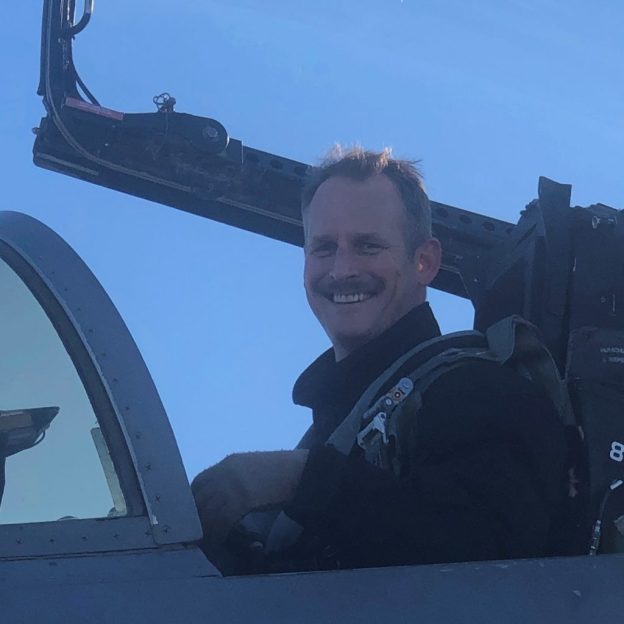 Wyatt has spent his 17-year Air Force career flying the F-15C Eagle and F-22 Raptor in the Active Duty Air Force (USAF) and Air National Guard (ANG).  After gaining his commission through ROTC, his journey included 12 years of USAF service before transitioning to the ANG in 2017.  Wyatt and his family enjoyed assignments to Virginia, Alaska, and Florida amassing over 1700 fighter hours as an instructor and evaluator pilot.  His Air Force experiences include flying fighters around the world in support of multiple theater security packages and combat deployments.  In early 2022, he made the transition to a part-time Drill Status Guardsman to begin a civilian career with Delta Air Lines.  Wyatt has served on multiple ANG hiring boards, bringing credibility to his role as your coach and mentor, assisting your journey through the rewarding process of becoming an Air Force officer and pilot.

Wyatt grew up in North Carolina, studied Aerospace Engineering at the University of Florida, completed a Masters of Business Administration with Liberty University, and has dedicated himself to balancing the demands of being an Air Force officer with family life.  Wyatt is the oldest to three younger brothers, enjoys outdoor adventures with his wife and three children, and has always enjoyed helping others become the best version of themselves.  We are excited to have him on the BogiDope team!