In the spirit of this series, the function of this article is to leave the prospective Naval Aviator more informed about just what it is they’re considering getting themselves into. I’m going to go a little more into the platforms that we fly and the places that Naval Aviators live, though I will leave the ‘green’ (Marine Corps) details for a future chapter. We will, of course, talk the fun stuff (and there’s a lot of it), but honesty is also part of the deal here, in the spirit of education. So, first thing’s first, a couple of caveats:

Of course, knowing things is key to upping your odds of getting the things you want, and learning things like this is what the friendly folks here at BogiDope are all about.

Where Are We Based? 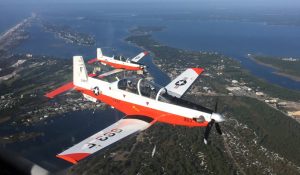 In training, everyone starts out in NAS Pensacola, on the panhandle of Florida. This “Cradle of Naval Aviation” on the ‘redneck riviera’ boasts warm, sparkling waters and white sandy beaches. Sadly, you probably will only spend a short time here. After initial training, you’ll be farmed out to one of the basic and advanced training bases, located across the American south: Whiting Field (right next to Pensacola), Meridian, Mississippi, Corpus Christi, Texas or its nearby neighbor Kingsville, Texas. None of these fulcrums of American civilization are world-renown for very much, but, again, you’ll only be there a matter of several months to perhaps a year and change.


After initial training, you’ll head to one of the Fleet Replacement Squadrons (FRS) to go to school on your platform. The Navy tends to have two main bases for each platform, one on each coast. If you have a strong preference on where you’d like to live, consider this when requesting a platform.

Strike Fighters (F/A-18E/F and F-35C) center their worlds on Lemoore, CA (in the Central Valley) and Virginia Beach, VA.

Patrol and Reconnaissance (P-8, P-3C, EP-3E, E-6B) units are based in Whidbey Island, WA and Jacksonville, FL. The E-6Bs live in central Oklahoma at Tinker AFB.

Let’s break it down into bite-sized chunks:

Certainly the most famous segment of Naval Aviation, the aircraft carrier is frequently the centerpiece of an American foreign policy effort. It is sometimes cool to be the center of attention, though I admit this honor depends somewhat on how well armed the enemy in question is. The carrier sails with host of different units aboard, including:

The Navy maintains several other units doing training missions, transport, adversary and test & evaluation stuff, but all of these units will pull from a host community that’s listed above and accession into these units is many years down the road in a naval aviators’ career. It is, thus, a subject for a future article.

Getting a feel for what it’s all about? Got some thoughts about what you want to do and where you want to go? Next up, we’ll talk about how to get your foot in the door.