So now you know the different paths you can take to become an Army Aviator. And although figuring out how to join the club isn’t exactly as difficult as finding Narnia, the next logical thing you’d like to know more about is the different gateways to accomplish that goal. Luckily for you, Army Aviation is also not like Fight Club. Pilots absolutely LOVE talking about being pilots and will gladly tell you about the process of becoming a pilot. Having a mentor, as with everything else in life, will go a long way in preparing you for, and potentially getting you into, the cockpit. So do yourself a favor and get in touch with someone who has “been there and done that.” In fact, in order to simplify that process, there will shortly be a few mentors available right here on Bogidope.com.

And, as a disclaimer, don’t fret if those with whom you speak make it sound incredibly difficult and painful to become an Army Aviator. It’s not. It requires hard work and dedication, sure, but people love to make their own accomplishments sound like something only an Avenger could see through. In reality…it’s not that hard. Be willing to work and be a team player, and you’ll be fine regardless of which pathway you elect to get into Army aviation.

So as I touched on last week, the first decision one must make is whether they intend to become a Warrant Officer (WO) or a Regular Line Officer (RLO). No need to go further into detail about what each entails here, but if you haven’t read last week’s article, I highly recommend starting there. Once that decision is made, the next decision is by which means you intend to accomplish that, as there are several ways to become either a WO or a RLO. In order to give each gateway enough of an introduction, I’ll cover the WO routes in this week’s article and those for a RLO next week:

Also referred to as the “High School-to-Flight School” program, this is as direct a path to get into the front seat of an Army aircraft as there is. The basic premise is: an individual who is accepted into this program attends Basic Combat Training followed immediately by Warrant Officer Candidate School (WOCS) and then Initial Entry Rotary Wing (IERW), more commonly referred to simply as Flight School. Theoretically, this means a soldier as young as 18-years old could be in the cockpit of an Army aircraft, and that has almost assuredly happened. I mean…it DEFINITELY happened during WWII and maybe even Vietnam, but I’d wager it’s also happened more recently. The process sounds really simple and straightforward, and, comparatively, once accepted into the program it is. The challenge is actually getting accepted into the program.

But this program has been expanded somewhat as the Army (just like all of the other Service Branches) has struggled to hang on to pilots. So Street-to-Seat is actively utilized by the Active Army as well as the National Guard and the Army Reserves to replenish the supply of flyers. What this means is, there have likely never been more Street-to-Seat slots than there are now. However, precisely because it IS the quickest way into the cockpit, the talent pool is often highly competitive. So that 18-year old climbing into the pilot’s seat? Absolutely the exception, not the rule. Possible, yes! BUT… 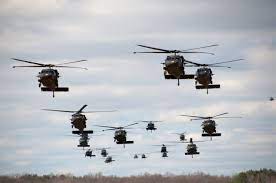 Oftentimes the people applying for this program already have college degrees in some form of STEM or aviation field, experience owning a small business, a fair amount of flight time/experience including, often, specifically Rotary Wing (RW) time…the list goes on. It’s these experiences and traits that, ultimately, qualify them for the program. It’s for this reason that the vast majority of WO aviators in the Army are individuals who have served time as enlisted soldiers and, often, as aircraft mechanics or something else aviation-centric.

Ultimately, what I’m trying to say is, if you want to attempt the Street-to-Seat route, make sure you’ve built your credentials in a way that genuinely makes you competitive for the program. Don’t bank on simply being charming enough or having a winning enough smile to be the exception to the rule. Go to school (specifically a STEM degree would be helpful), get training in a civilian airframe, get some real leadership experience, whether it’s in a business or elsewhere…do all of the above, even. Make yourself the best candidate that you can.

I promise I’m not trying to push one route over another. If you’re wanting to be a pilot, you find the route that’s best for you, and that will get you there, and you take it. HOWEVER, and I’ll stress this even more next week, there is A LOT of value in spending some time as an enlisted soldier, both in your own development as a soldier and in your appreciation for what the enlisted corps does. Especially in aviation.

And, frankly, the fact that this is the route whereby the vast majority of Army-flyers become pilots speaks volumes about its veracity as a viable route for any interested parties.

The Traditional WOC route is also very straightforward. One enlists in the Army, with the initial Military Occupational Specialty (MOS…your Army job) being truly a “choose-your-own-adventure.” Sure there are absolutely advantages (which I’ll touch on shortly) to finding a job that is in the orbit of Army Aviation. But if someone wants to try something else out in the Army that interests them, it won’t detract from their ability to fly later. Particularly if, like I mentioned above, that someone is a hard-working team player who strives to excel. I know soldiers who have become pilots after serving anywhere from 2-14 years enlisted. From Specialists (SPCs) to Sergeants First Class (SFCs). People who served as infantrymen, Drill Sergeants, Explosive Ordnance Disposal Technicians (bomb suit people), Army Rangers, tank drivers, Green Berets…the whole gamut. Some got some flight experience prior to the Army, some enter Flight School with their only flight experience being the takeoff before they fall out the back of an airplane. Or riding in one to get to Iraq or Afghanistan. So, truly, this route allows for a BROAD variety of experiences. 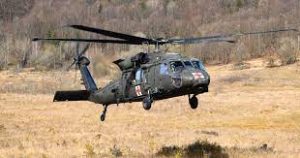 Once a soldier has had their fun doing whatever they’ve wanted to do in the Army and decides they want to be a pilot, they report to their Commander and their unit’s administrative folks that they’d like to assemble a flight packet, go down to Alabama and learn to fly. This is where that “hard-working and being a team player” bit comes in, because that Flight Packet will look a lot better if the people working on it have a desire to see a soldier succeed. Furthermore, a soldier’s prior evaluations and military experiences will be included in that flight packet and play a role in whether the selection board decides to send an individual to Flight School. This is also when the Aeromedical Evaluation will take place, the soldier will take the Army’s flight aptitude test (called the Selection Instrument for Flight Training, or SIFT), etc. There will be an e-course on building a flight packet in the not-too-distant future.

Once the packet is selected, the soldier will go before an Aviation Board (generally comprised of several Flight Warrants, maybe a flying-RLO or two) and they’ll be asked questions to determine their suitability as an Army Aviator. This Board and the SIFT are the two places where having experience specifically in an Aviation-related MOS can absolutely be helpful, simply because the prior-exposure to Aviation gives a soldier a leg-up in the realm of Army flight. However, unlike with the Street-to-Seat program, it is by no means critical to have this kind of experience or knowledge if someone has a history of excellent work in the Army and comes highly recommended by their superiors, peers, etc.

I will add, however, that particularly in the Army National Guard or in the Reserves, being an enlisted soldier in an Aviation unit gives one an opportunity to work closely with the very pilots who will eventually select the next batch of WOCs. In this regard, if flying is your goal and you’re planning on going the Traditional WOC route, seriously consider becoming an aircraft mechanic, a flight operations specialist or something that puts you in the atmosphere of aviation within your state. Many an impressive young mechanic in the National Guard has been asked if they’d like to attend Flight School before they even had to request the opportunity. So digest that while you decide what you’re doing to do. 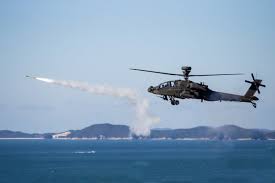 Following selection by the Flight Board, a soldier will then attend WOCS (which deserves an entire article itself) and from the there the journey to becoming a pilot mirrors that of the Street-to-Seat WOC. So as you can see, depending on the individual and their desires, the Traditional route does take longer than High School to Flight School. Sometimes a decade longer. But I daresay there are very few who have done it that wouldn’t say that the extra time was absolutely worth it.

As I stated before, this is the route by which most pilots in the Army become such. And it’s for this very reason that Army Aviation is able to thrive. With such a broad, almost infinite-range of real experience to rely on, an Aviation unit is never wanting for creativity, differing perspectives and new ideas. These Warrants will become the primary mission planners, the primary flight-trainers, the primary influences on all aspects of a unit’s flight program, indeed, the very bedrock on which a unit in Army Aviation is built.

To the truly determined who is willing to work hard, there is always a way. There are undoubtedly innumerable cases of individuals who have applied for the High School-to-Flight School program, been turned down, enlisted and then later became pilots through the traditional WOC route or by commissioning as a RLO. There are more yet who didn’t have the means to build a resume for Street-to-Seat and spent a decade or more as an enlisted soldier working hard to earn letters of recommendation to become WOCs. There are even those who didn’t join the Army with any intent to become a pilot but, after spending time on the ground in Afghanistan or Iraq, really got envious of the people flying above them or flying them around and decided that, when they got home, they were going to Flight School.

I say this to state, if you want to fly from the beginning, make a plan (a real one, not a “I’ll apply right out of high school without any experience and it’ll just work out and if it doesn’t they don’t deserve me” plan). Work hard to execute that plan. If you want to fly for the Army, you’ll get there as long as you’re willing to put the work in. It really is that simple.

As stated in the intro, next week will be a dive into the different routes whereby an individual can become an Army pilot as a RLO. Fair warning, this means it will also undoubtedly be an opportunity for me to climb up on that shiny soapbox…

Last week we looked at mentoring from the perspective of the protege…the person receiving mentoring from someone more experienced. We identified some of the reasons…