If you want to fly for the Navy or Marine Corps, your best bet is to get a commission. While non-commissioned (typically warrant officer) pilots are not unknown in the history of the USN or USMC, those programs have come and gone and never provided anything like the numbers of aircrew that officer commissions provide. Let’s get into where these commissions come from.

A Quick Note on Officer Transitions

I would advise some caution on the thought process of, “Well, I’ll just get into the Navy and figure out a way to fly from there.” From the officer perspective, if you get offered a spot that isn’t an aviation spot, it is difficult (though not impossible) to move from one community to another. For example, if the Navy sinks a bunch of money and time into you to learn how to drive subs, they’re not going to be super interested in throwing that away by letting you go fly jets—they’re looking for a return on their
investment.

Additionally, transitioning after a few years of commissioned service thoroughly muddles your career timelines and, thus, you many not be competitive to advance very far in the new community—something which the Navy might care about more than you do. However, it’s not an absolute “no.” It depends on the needs of the Navy and the graciousness of your superior officers 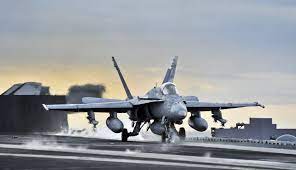 when you attempt to apply. If you can’t score a better deal, show up as a “Surface Warfare Officer” (SWO), go get your pin (earn your commission), and work from there. But be warned: this is a hard road without much certainty.

The same note generally applies once you’ve selected for a particular community. The Navy or Marines may, or may not, be interested in you switching from a Naval Flight Officer to a pilot or from a helicopter pilot to a fixed-wing pilot. It just depends on the numbers, which vary widely from year to year. In short – don’t count on it.

Which One is Right for You?

If you’ve already got a college degree in-hand, you are likely uninterested in doing it again. Call the local recruiter and see about a spot in OCS with an aviation contract. Realize that the recruiter is a salesman of a sort, with quotas to meet. The recruiter may know exactly how to get you just what you want and will lay it out for you. They also might be super-keen to fill a spot for some obscure job that isn’t flying airplanes. Make sure you know what you want and spell it out. OCS may or may not be offering up spots you’re interested in at any given time. A phone call to the local recruiting district to speak to an officer recruiter is the way to start this process and get the latest data.

If you’re fresh out of high school, or have only a little college time complete, look into ROTC or USNA. They both come with their own strengths and weaknesses, though they get you to roughly the same place. When you are a college junior, you will begin the process of requesting a community, and you’ll find out where you are headed during your senior year. Does this mean you could end up driving ships, even if you really want to fly? Well. . . yes, it does. Naval Aviation has a community culture of excellence, and they’ll pull from the top. You’ll earn your spot by doing well at whatever you do. This does result in a little mantra I learned during my time at USNA that I’ll share with you: “Polisci—wanna fly?” You will be judged by your GPA. The wannabe Maverick that pulls a 3.0 on the notoriously easy-on-the-report-card Political Science major is in a far better spot than his uber-motivated twin who scores a 2.5 in Aerospace Engineering.

Let’s break it down the way aviators often do: Goods…and Others.

Commissioning from the Enlisted Ranks 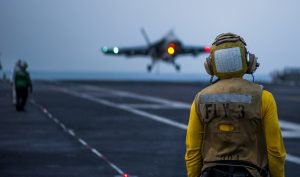 If you don’t have the resources or high school GPA to head straight to a college program, you might consider enlisting in the Navy and working up to your commission from there. Naval Aviation has deep respect for those who’ve taken this road and its officer corps is, in all honesty, in need of folks with prior-enlisted experience. This path could take a whole chapter, so in the interest of brevity, I’ll hit the high points for now:

The quotas for the enlisted-to-officer programs vary from year to year, but they’re always there. If selected, the Navy may fund your degree while paying you as an enlisted sailor while you are also earning time counting toward a military retirement, which is one of the most ludicrously good deals in the free world.

Is there a “best” way to become a Naval Aviator? I’m personally not convinced there is. The best aircrew share personal qualities more than they share commissioning backgrounds. Whatever path you take, the objective is the same: Report to Aviation Preflight Indoctrination at NAS Pensacola, Florida, ready to get down to the business of learning to fly.